What are you so afraid of?

Before writing this piece, I’d honestly never really thought of the lengths we go to to hide our least favourite parts of ourselves. As I’m writing this, I’m curled up in bed next to my girlfriend, watching Tan France and Alexa Chung judge clothing designers on Netflix’s Next in Fashion. It’s interesting to me, to see the way that these people craft an entire outfit in only a day and a half.

From sketching out skeletal ideas, to cutting out strips of fabric and stitching all of the tendons and muscles together with carefully selected thread, a beautifully complex body emerges. If the designers aren’t perfectly meticulous, and all of the right structures aren’t in exactly the right places, the protective muscles will fall away and the spine of the piece will shatter completely.

If I’m being honest, I think people are kind of the same way. When we take away all of the muscles, tendons, cartilage, and scar tissue, we’re just left with bones and sensitive, wiry nerve endings. Without all of the proper defences in place, we’re vulnerable. There’s nothing there to absorb the impact or the shock of anything we might encounter. None of us particularly enjoy having the vulnerable aspects of ourselves exposed to the elements. This last year has kind of felt like that for me.

I’ve had to go back to physiotherapy because I slipped a disc in my spine, which means that even something as simple as walking sends pain shooting down my right leg. Emotionally speaking, this last year has felt like I’ve had a bunch of slipped discs that caused any wrong move to put me at risk for pain. I’ve been carefully manoeuvering my way through my days in the hope that I won’t cause any further damage. I feel like I’ve been walking around without skin or muscles.

It’s as though all of the stitching holding me together has come completely loose, and I’m slowly unwinding as I move. I’ve spent this past year trying to grow that armour back, to strengthen my stitching, to build my up defences and keep myself safe. It hasn’t been easy.

Building those defences involves exploring why I feel like I even need them. It involves carefully exposing nooks and crannies and fractures within them to make them stronger. Vulnerability has never been particularly easy for me. It comes easier to some than it does to others, I suppose, but I never anticipated that it would be as difficult as it has proven to be.

One of my most recent memorable challenges with vulnerability happened about a month and a half into my relationship with my girlfriend, when we got into our first real argument. At this point, I don’t even remember what it was that we were arguing about, but I know that it was significant enough to warrant a discussion about our feelings. I’ve never been too keen on those kinds of discussions. I always thought that I was good at talking about my feelings, but in hindsight, I can say that I was so very wrong.

I’ve never been good at actually talking about my feelings in depth. Rather, I’ve always been good at talking around them. I am the queen of dancing around my emotions and convincing people that I am totally fine. However, when it comes to my girlfriend, there’s no getting past her emotion detector.

She’s essentially a detective for feelings. She called me out on my shit about 20 seconds into our argument. I’ve truly never felt more exposed in my life ⁠— including the first time I got a Brazilian wax. Sitting bare-bottom in the full lotus position in front of a stranger wasn’t nearly as bad as revealing my fear of abandonment to my girlfriend. It was like she could see right through all of the deflections that I’ve spent the last 20 years mastering. I can remember her looking me in the eye and saying, in the softest voice she could, “What are you afraid of?”

I burst into tears.

It wasn’t the fact that we had an argument that upset me — every couple has arguments and disagreements; it’s only natural. We bicker about things all the time — over who gets the back scratches first, what we’re ordering for dinner (usually Nando’s), or who’s paying for coffee this time. But this was different. It was the first time I felt truly seen in a relationship with someone. Ever since I was little, I’ve fought my ass off to be seen. Whether it was with good grades or through extracurriculars, I’ve just wanted to be recognized. But most of all, I’ve wanted to be seen through all of the defences that I put up.

It’s paradoxical, really: the one thing I’ve wanted in a relationship with someone is the same thing that I’ve always been so terrified of. Even writing it out on paper — or rather, on Google Docs — is hard. I always try to get over myself, push those feelings aside, and pretend they were never there to begin with, but deflection and suppression have only taken me so far.

Those five little words — “What are you afraid of?” — uprooted all of my deep-running fears of abandonment and set alarm bells blaring. Even after that small little blip of an argument, I could feel myself trying to build that wall of bricks around me to keep everything contained and safe from spilling out.

I didn’t want to tell her how I really felt — how terrified I was that she’d see something about me that she didn’t like, and decide she didn’t want this, us, anymore, that she’d leave. I was, and still am, scared of being left. And even almost a year into our relationship, I still have those moments.

After that first argument, my girlfriend told me that at the end of the day, we’re all just skin and bones. We’re not always going to like every single thing about each other — and we don’t have to. We’re allowed to have things about each other that we don’t worship. Relationships, too, have scar tissue. They get fractures every now and then. Vulnerability is about cracking ourselves open and showing our scar tissue and trying to heal the breaks in our being.

It’s about stretching, about pushing through the growing pains. It’s about sewing in seams and then letting them rip because they can’t hold all of us in anymore. Nothing heals overnight, and we often need to talk about that pain and where it’s coming from before we can get through it properly. We have to do that to strengthen the system that holds us all together.

In all honesty, being vulnerable still scares the absolute hell out of me, even after almost two full years of therapy and nearly a year with the person whom I’m pretty sure I’m going to spend the rest of my life with. I still have plenty of moments when my first instinct is to run the other way — a fight-or-flight instinct, I guess. It’s incredibly challenging to untangle those feelings, and resist the instinct to always watch our backs and never let our guard down.

Self-preservation is natural, I think, and it’s very difficult to be vulnerable and expose our authentic selves to someone in any kind of relationship. The point is, I have no idea what the hell I’m doing — none of us do. We’re all just winging it and hoping for the best. But throughout this process, I’ve learned a thing or two, and I’d like to share them with you.

I have learned not to swear off vulnerability.

This one is probably the hardest; it’s much easier to hide feelings away and pretend they were never there. It’s much safer to be careful and reserved than it is to crack ourselves open. Sometimes it doesn’t go the way we want it to. Sometimes we get our hearts broken — and I’m talking completely trampled on, run through the garburator, broken. In those moments of excruciating pain, it’s easier to say, “I’m never doing this again,” but somehow we always do. In time, we always heal.

I have learned to give myself and my emotions space.

When you start to feel yourself build up those defences, try to take a pause and let your emotions take up space. Those feelings deserve your attention, especially the ones that you’re trying your hardest to hide. Instead of tossing them to the back of your mind, take a second and recognize their existence. Sometimes it’s helpful just to acknowledge what’s there and know that you’re allowed to feel it. Furthermore, you can always come back to these feelings when you have more time for yourself.

I have learned to try therapy or other mental health supports.

This is easier said than done; therapy is expensive as hell, and it’s even more difficult while going through university. It’s hard enough to see a mental health professional on campus, and the ones who are off campus are usually ridiculously expensive. Despite this, know that there are other, smaller ways you can help yourself in the meantime. There are some great self-help apps out there (Headspace is a personal favourite), as well as some low-budget therapy workbooks that can help get you started. Journalling is also a great way to keep track of your feelings. I try to do at least one journal entry every day to document my emotions. I promise that it makes a difference.

I have learned to do things that really terrify me, even if they’re small.

Now, I’m not talking super risky stuff. I don’t recommend suddenly going out and getting a new piercing and two tattoos — although I most definitely have these urges all the time. If anything, do something small that makes you a little nervous. Talk to someone you don’t know in one of your classes, even if only to complain about how heavy the readings are. Invest some time into a new activity that you might be awful at. Just try something different, and let it be absolutely terrible.

Lastly, I have learned to be patient.

Getting comfortable with vulnerability isn’t something that happens overnight. Like I said, I’ve been chipping away at it for almost two years, and it’s still a big challenge for me. Let things be slow. Let yourself take two steps forward and three steps back. Or take a completely different path altogether. Either way, take your time, because I promise there is no rush.

Well, I’m signing off for the night and resuming my watch of the Next in Fashion finale. That’s it from me, folks. Until next time.

U of T Secrets: what is your biggest fear?

This video was inspired by the work of a Youtube channel called Jubilee, which has posted a number of confessions-style videos in which participants read 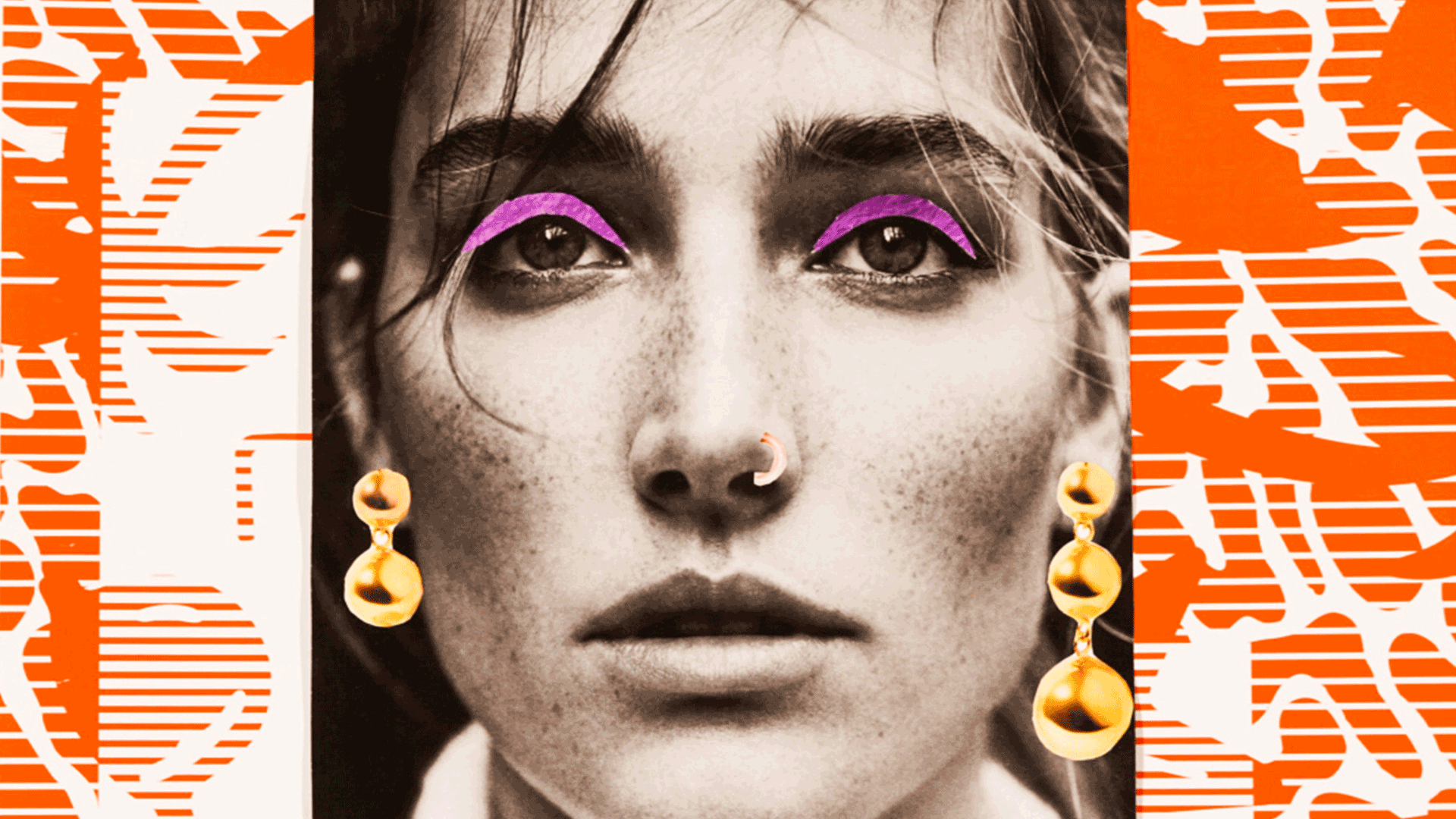 So you wanna be a manic pixie dream girl?

The manic pixie dream girl is the woman in the corner of the bar who looks deeply disinterested in everything that’s going on around her.

The part with thorns

Content warning: this article contains mentions of emotional abuse. We spend lifetimes trying to undo our own spines.  — Alison Malee  I am not a

CHEESE: Am I who you think I am? STRANDED: I take compliments the way I take my coffee. I don’t drink coffee. THE MAN: masculinity 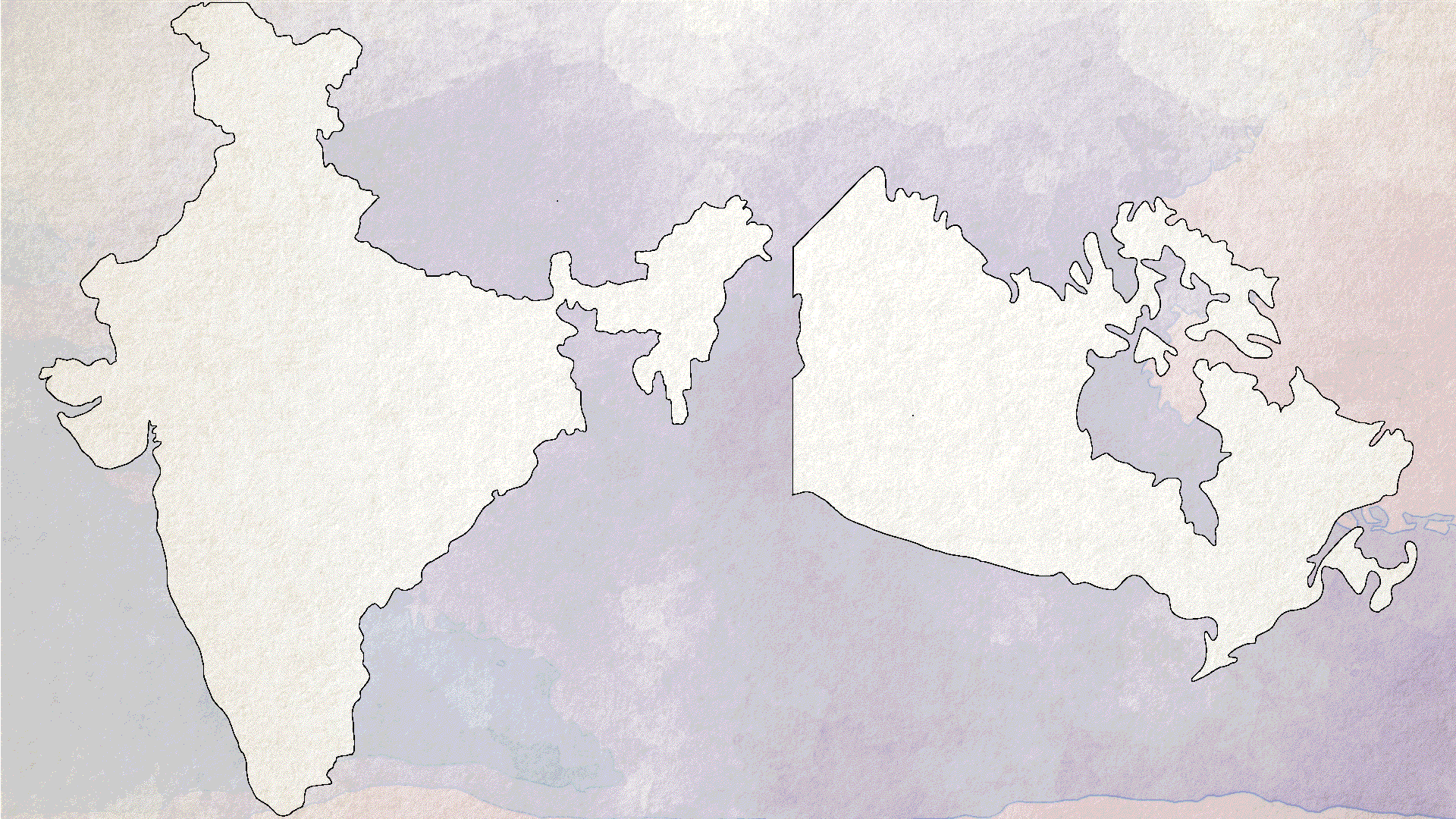 The price of building a new home

There was a lot about the December of 2019 that made me reflect on my experience as an international student at the University of Toronto.